It has been more than two years since Jay Middleton was seriously injured in a collision while riding his bike in Morrison, CO, but he is still recovering from his injuries. Jay is dealing with chronic knee pain and recently received a three-week course of injections to treat the pain. Cyclists who have been injured in collisions often deal with the after effects of their injuries long after their case is settled, the driver is sentenced, or their medical treatment ends. If Jay wants to continue to lead a healthy, active, outdoor lifestyle, he will probably have to get injections the rest of his life.

Riding bikes has been a huge part of Jay’s life and identity for the last 25 years. He has raced on the road, mountain bikes, and cyclocross. He is an avid bikepacker, bike commuter, mountain biker, and has recently been using his bike to raise money for cancer and COVID research. This year, Jay was diagnosed with neck and oral cancer and continued to ride his bike throughout radiation treatment.

On July 13, 2018, Jay was traveling eastbound through downtown Morrison on his road bike. It was late morning, around 10:00 am, sunny, and there were blue skies. Jay was running both front and rear flashing lights on his bike and wearing a fluorescent yellow helmet. Nervous about riding too far to the right, Jay had taken the lane, as dooring is a risk by drivers who are parallel parked along that section of road. He was traveling at the same rate of traffic which was 20-25 mph.

A driver in a Honda CRV facing eastbound was leaving a parallel parking spot and made an illegal U-turn out of the parking spot. The driver’s U-turn cut Jay off causing him to collide with the front left side of the vehicle. Jay and his bike were catapulted over the hood of the car and into oncoming traffic in the left lane.

Fortunately, the driver coming in the opposite direction was attentive and traveling at a safe speed. She was able to stop and avoided hitting Jay. She then called 911.

Paramedics tended to Jay at the scene. He had lacerations on his knees, hands, and elbows as well as bruising. An MRI later revealed that Jay had a torn meniscus in his right knee. He underwent several months of physical therapy for his knee before he and his orthopedist decided that surgery would be the best way to correct the damage. 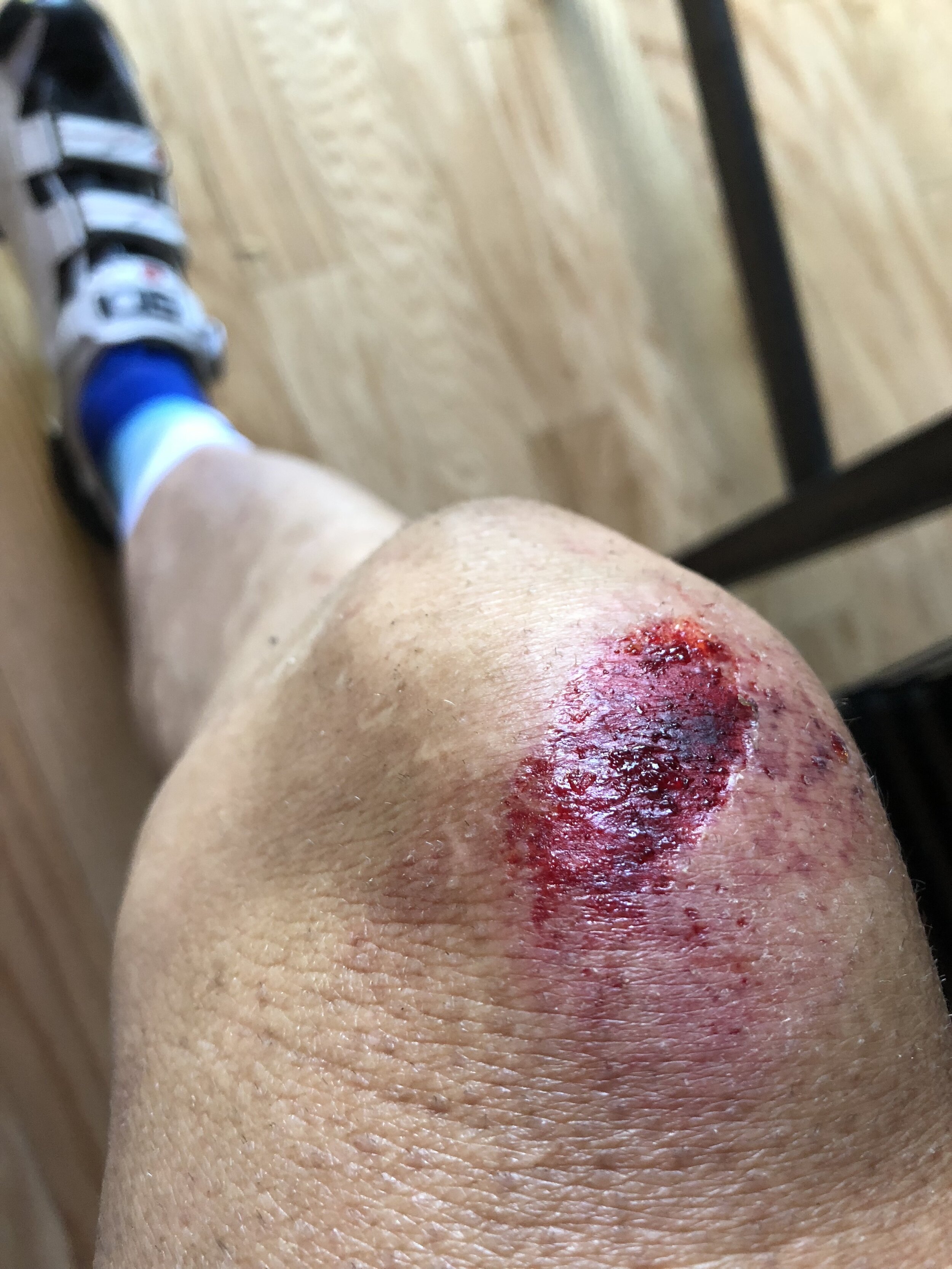 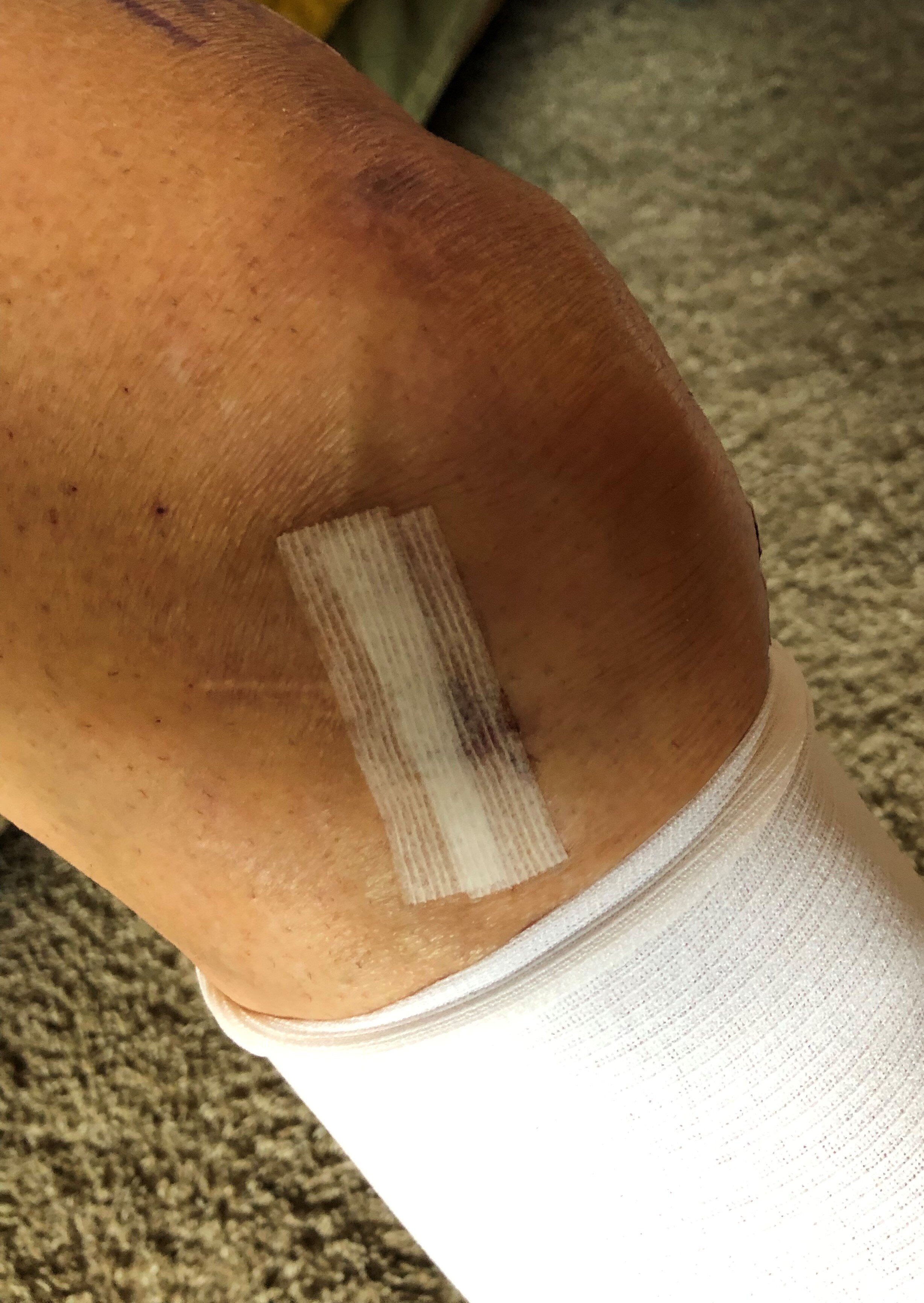 The Colorado State Patrol cited the driver, who admitted fault at the scene, with Failing to Yield Right-of-Way When Turning Left in Front of Approaching Traffic. Since this crash happened before May 29, 2019, it was not yet possible for law enforcement to cite the driver with Colorado Revised Statute 42-4-1402.5, which makes careless driving causing serious bodily injury to a vulnerable road user a class 1 traffic misdemeanor. Since the passing of the law in early 2019, we are slowly seeing law enforcement cite drivers with this traffic violation more often and district attorney offices elevating charges against drivers.  Find out here how to get a serious bodily injury charge filed.

Jay does not feel that the outcome of the criminal case against the driver was just and fair. The driver had numerous traffic violations and got away with a slap on the wrist.  “Cars can be lethal weapons and using one comes with great responsibility.  When misused by drivers, they should be treated and punished as such,” says Jay.

Here’s what Jay wants every cyclist to know if involved in a crash. He actually made the list shortly after his collision of things he wish he had known:

Jay was surprised how hard the driver’s insurance company was willing to work to avoid paying out damages for medical and pain and suffering. At the end of the day, they refused to negotiate in what he felt was a reasonable manner, even though the driver admitted fault. In the end, they paid out more than double what he had asked for on his own. “Megan was able to negotiate a much higher settlement. I think the insurance company was counting on me backing down,” explains Jay.

He was back riding after just a couple of days but with great trepidation. Every car that passed too fast or too close caused anxiety and anger to flare up.  Since the collision, Jay has invested in more brightly colored cycle clothing.  He still runs front and rear flashing lights on his bike. Jay actively participates in People for Bikes email writing campaigns and is a long-time member of the International Mountain Bicycling Association.

We hope that you are never injured in a crash or need to contact an attorney, but feel it is important to share the lessons that our clients have learned following their crash and during recovery. Hopefully, recent laws that provide more protection to vulnerable road users and stiffer penalties will cause motorists to drive more carefully around cyclists!